Where is the clit? How to find it and what to do with it 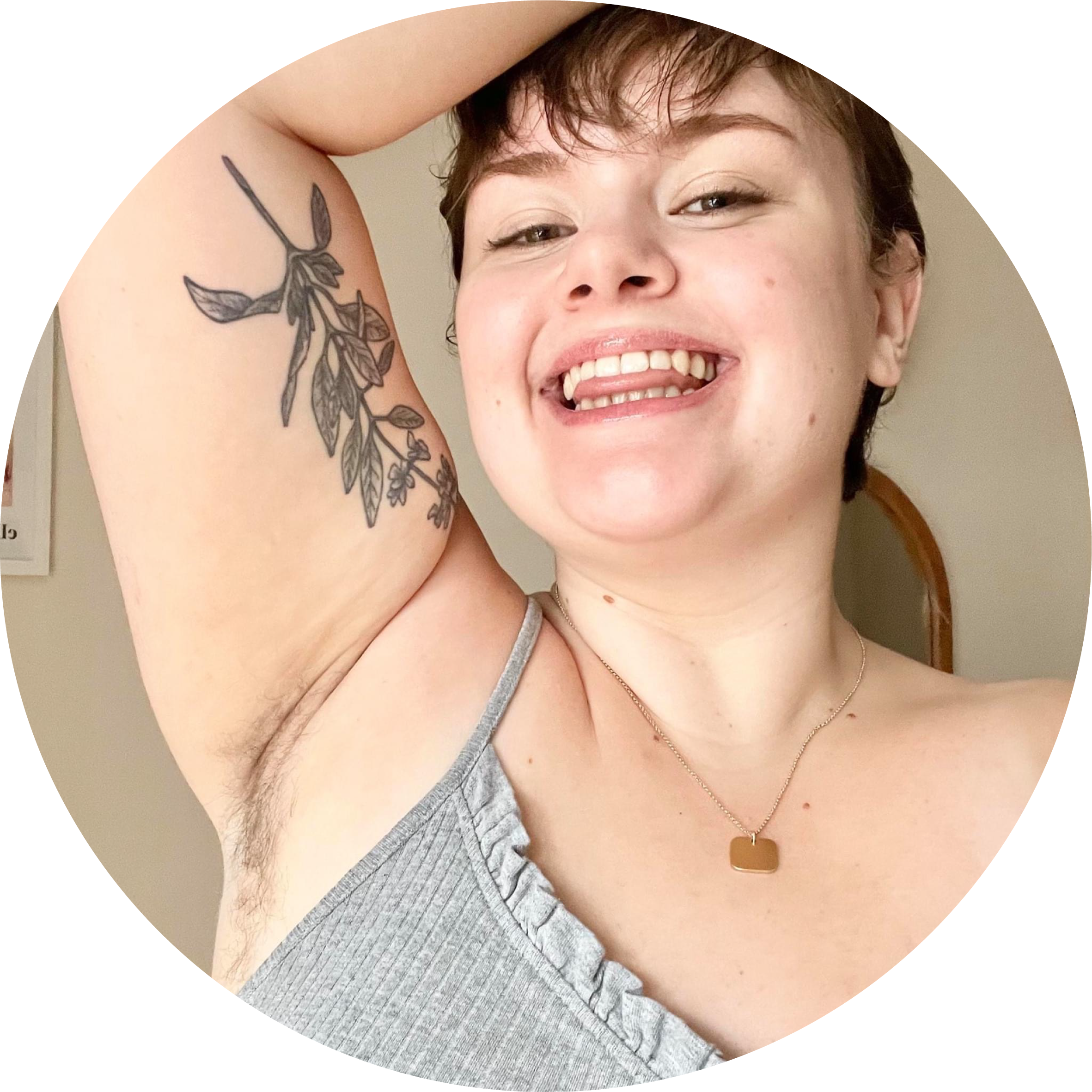 The clitoris is a mystery to many. Why? The defective sex education system.

I remember learning all about external male genitalia, ~including~ male pleasure. But as far as the female anatomy went, and as far as sex ed lessons were concerned, those with a vulva were just walking baby makers.

“So WHERE IS THE CLIT?” I hear you cry. And well, it might be a little bit more complex than you may think. 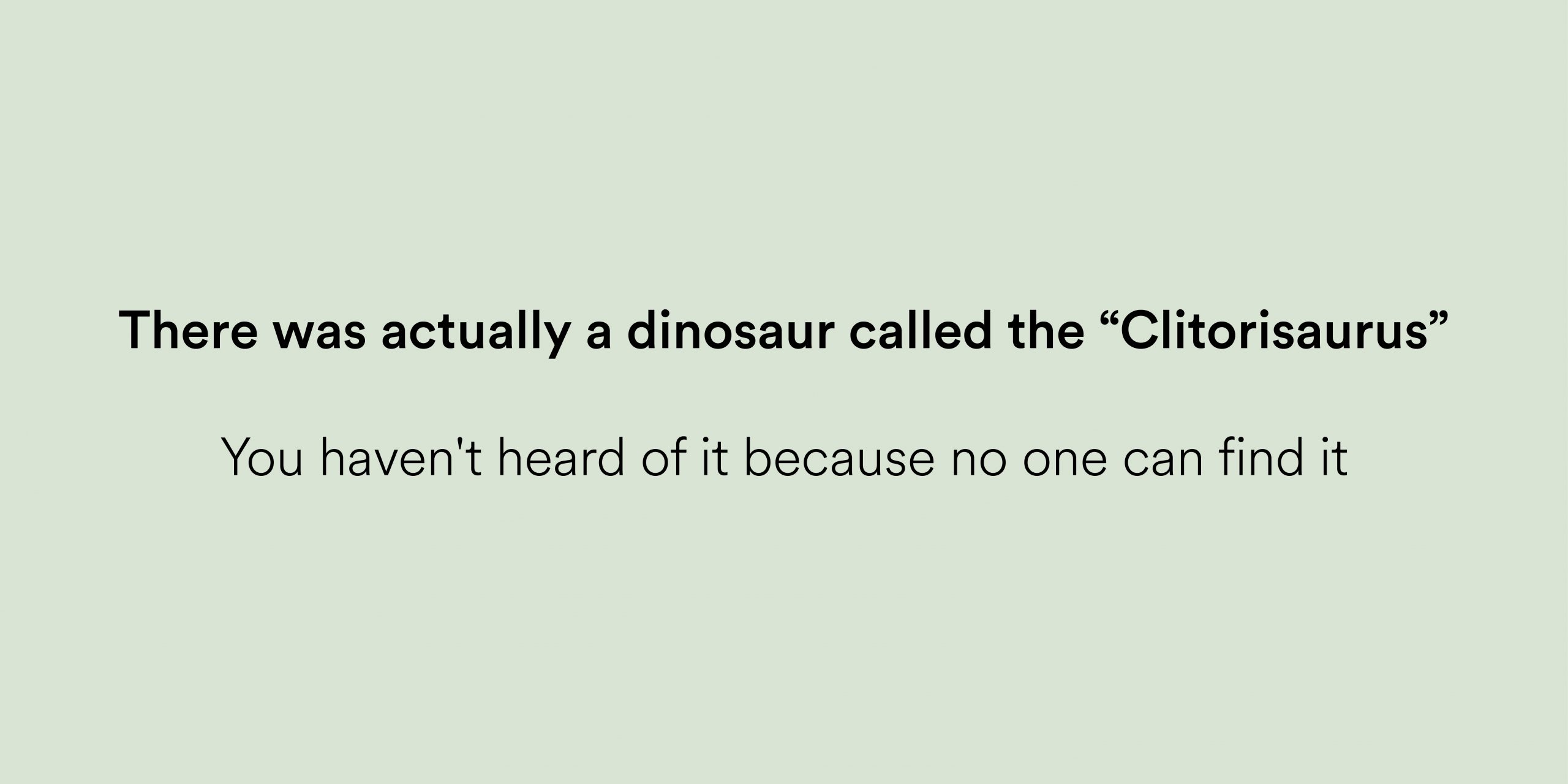 First of all, what is the clitoris?

The clitoris (aka the clit) is a pleasure-giving sexual organ that is part of the anatomy of the vulva, the external female genitalia.

There are more than 8,000 nerve endings in the tip of the clitoris, making it a highly sensitive part of the female body. For reference, the head of the penis has around 4,000 nerve endings.

As a result of its power, the almighty clit is the leading source of the female orgasm. Actually, it’s thought that the clit’s sole and ONLY purpose is the female orgasm. I don’t believe in God, but that sounds like a creation sent from heaven.

The clit is probably way bigger than you think it is. It’s actually anywhere between 7-12cm long! If you, like me once upon a time, thought it was tiny like a little button, that’s because most of the clitoris is internal and therefore not actually visible. The visible part, and what most people think is the entire clitoris, is actually a very small part of the clit’s structure. 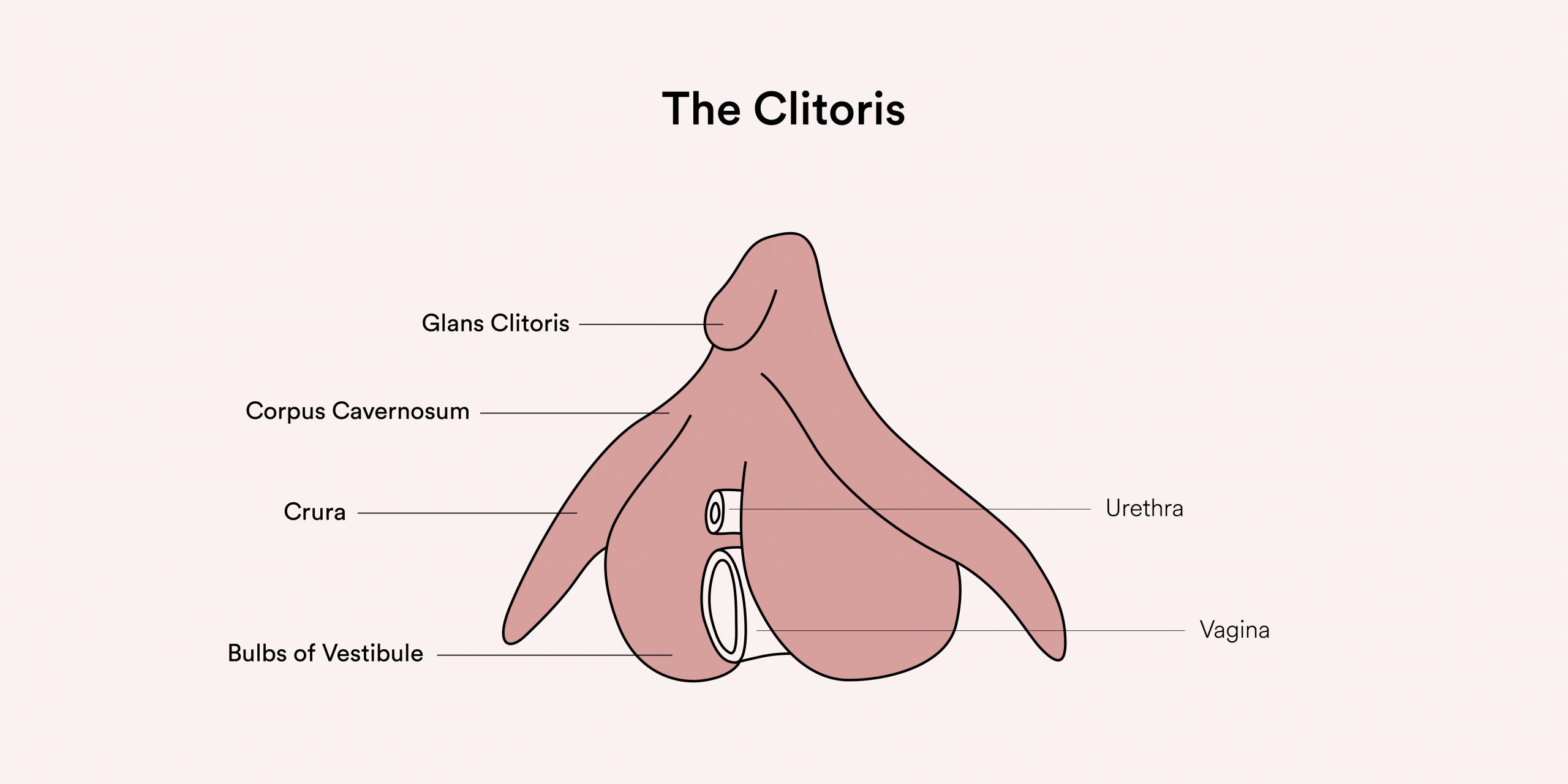 Anatomy of the clitoris

The clitoris is is made up of four main components

The visible and most sensitive part. The glans is usually about the size of a pea.

Projects from the glans, up into the pelvis before extending into the crura.

The clitoris splits in half from the body into two legs (like brackets) and extends down into the tissue of the vulva. Made from erectile tissue and the longest element of the clit.

Shorter and wider, located in between the crura and also made from erectile tissue.

Where is the clit?

Since the clitoris is large and the majority of it is internal, the clit is actually located in, around and behind almost the entire vulva, as shown in this diagram. 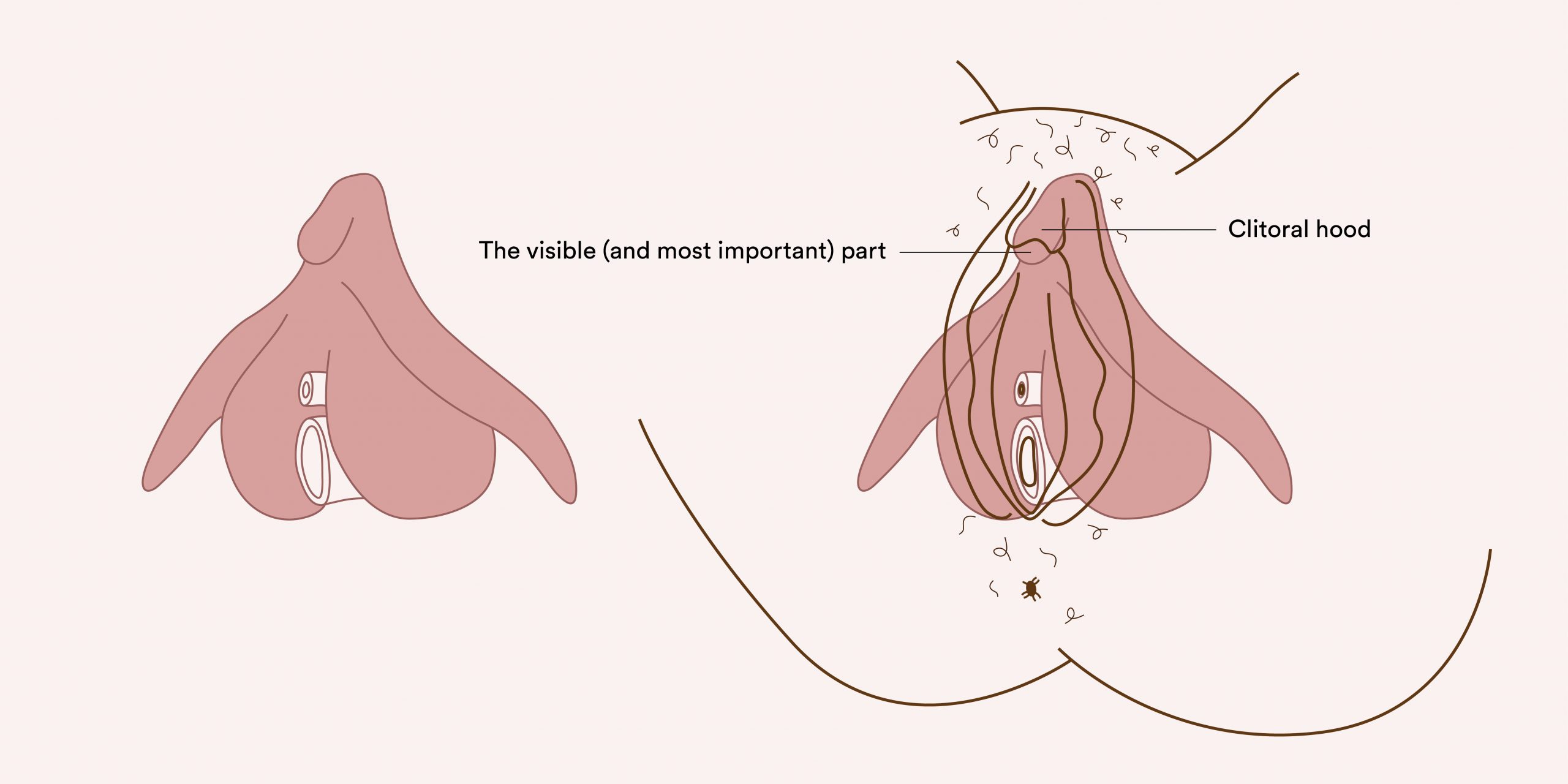 However, the part you’re looking for is the glans. The smallest and most pleasurable part of the clitoral structure. This is the visible part, that a lot of men (in my experience) struggle to locate.

The glans clitoris is near the top of the vulva, above the urethra and just slightly above where the labia minora begins. The glans has a fold of skin that surrounds and protects the clitoris, called the clitoral hood. The hood is part of the vulva, rather than part of the actual clitoris. It’s not necessary for stimulation to lift or extent the clitoral hood to expose the glans. And actually for me, doing so makes stimulation a little overly sensitive. 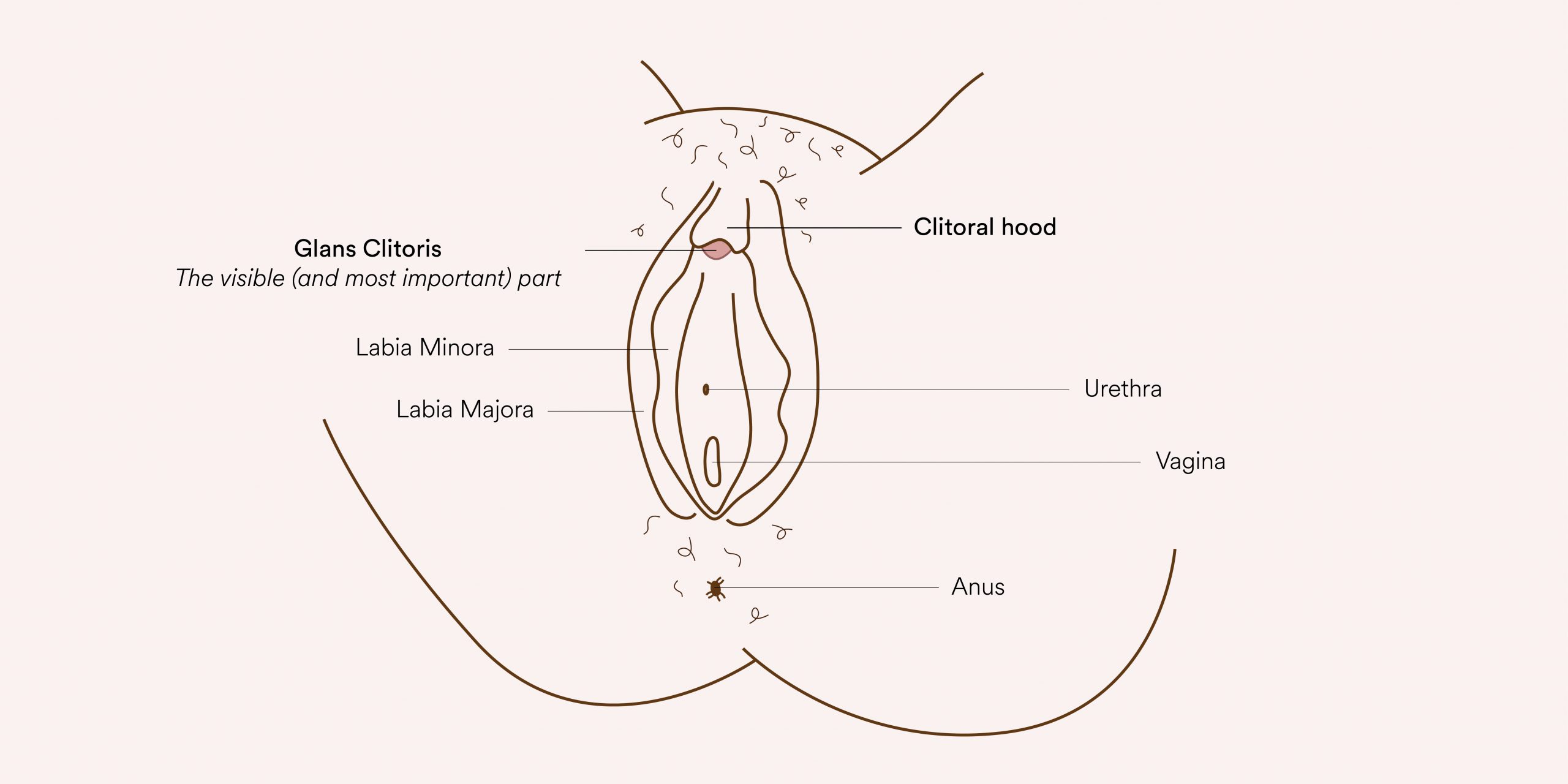 The glans and clitoral hood usually looks like a little triangle, but shape and size varies on every individual.

Tips for finding the clit

Before I gift you with my tips, let me remind you that the clit… is not a hole.

There are 2 holes on the vulva, the vagina and the urethra. The vagina is the “big” hole, where penetration happens, where the penis goes during cis-heterosexual sex, and where babies are pushed out of. The vagina is at the lower end of the vulva, at the bottom of the labia minora (the inner labia).

The urethra is the hole that pee comes out of. The urethra is very small. You can’t put a finger in it and it’s unlikely that you’ll even be able to feel or notice it. It’s located above the vagina.

An easy way to find the clitoris, is to locate the vagina, and it’ll be protruding around 1-2 inches above that, again varying on each person.

Another way is to find the labia minora (the smaller pair of flaps), follow them up to where they meet, et voila. You’ve found the clit.

My last tip for finding the clit (this one is only if you’re not looking for your own clit), is to communicate with the person who the clit belongs to! Ask them where feels good for them, and they’ll more than likely lead you straight to where you need to be.

How to stimulate the clit once you find it 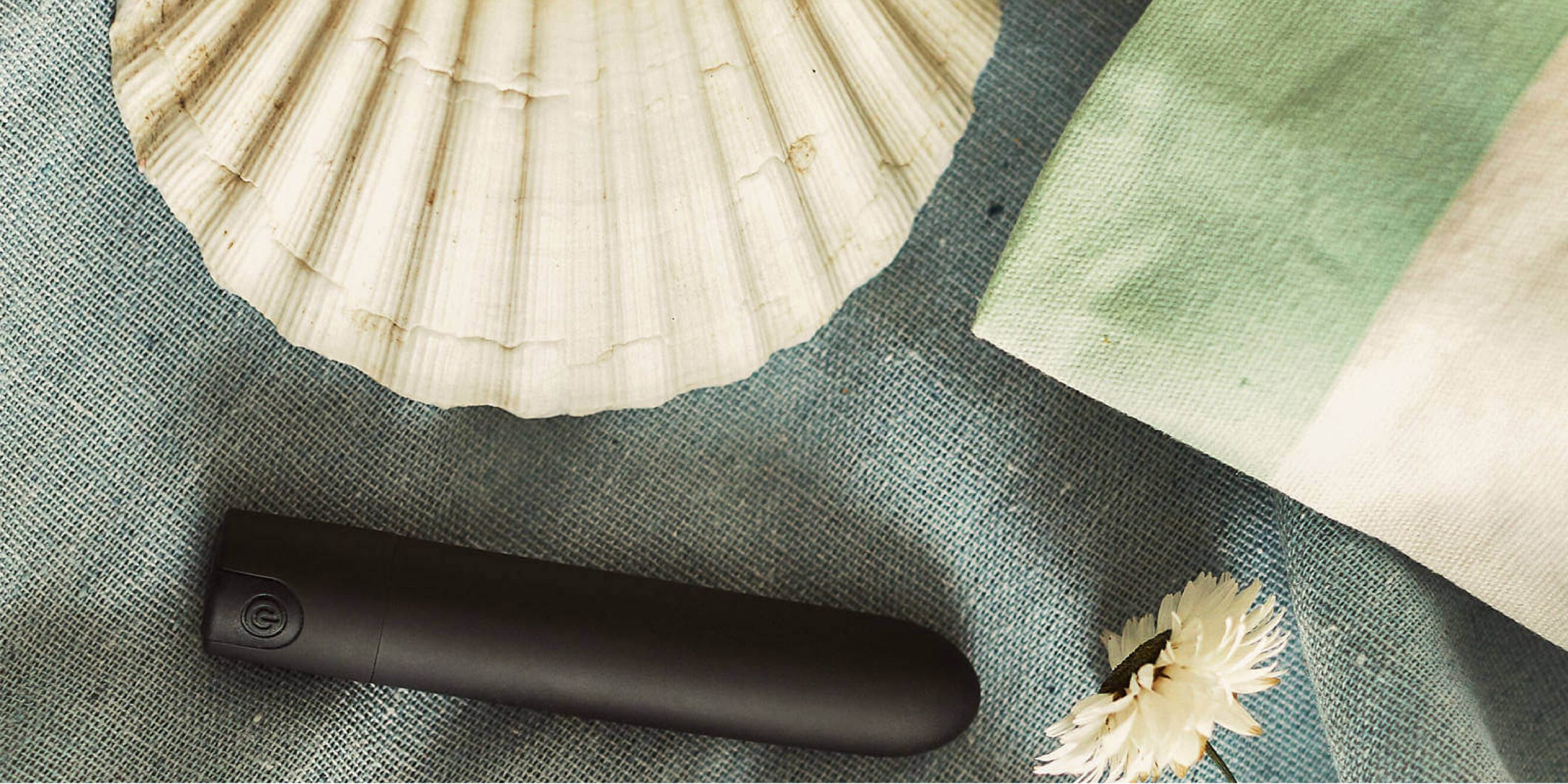 Again, if this is somebody else’s clit you’re talking about, I highly, highly recommend communication. Ask the person what feels good. Don’t guess. Guessing wastes time and wasted time is wasted pleasure.

You can also learn what feels good based on the persons body language and moans. If there’s something specific that makes them louder and more breathy – keep doing it. Pay attention to their reactions because it usually indicates what feels good for them.

If you’re wanting to figure out how to stimulate your own clit, simply take some time to experiment with what feels good for you. Eventually you’ll be a pro.